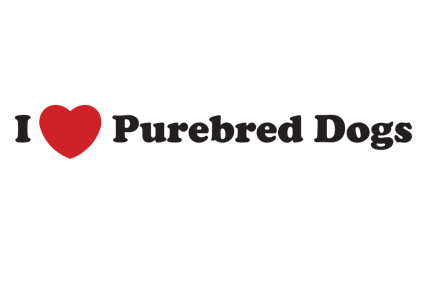 This Friday marks the second annual National Purebred Dog Day (NPDD). Last month, Colorado was the first state to recognize May 1 as NPDD in a joint resolution of the House and Senate. The founder of the day, Puli breeder and dogknobit.com blogger Susi Szeremy, hopes the idea will spread across all 50 states, some of which have a purebred dog as their State Dog, like the Boykin Spaniel, in South Carolina and the Plott, a hunting hound, in neighboring North Carolina.  Her purebred passion is contagious. I was intrigued to learn more about the day, so I contacted her and conducted a Q&A. Check out the video!

A: These have been difficult times for purebred dog ownership and ethical breeders; animal rights advocates and hard line adopt-don’t-shop proponents have painted owners whose dogs were acquired from an ethical breeder, and the breeders of those dogs, with a very broad brush. To hear them speak, the only “good” purebred dog is a rescue, and they continue, there’s no such thing as a “good breeder” because all breeders crank out unhealthy dogs in assembly line fashion only to create pet “overpopulation.”

These statements are simply not true, but in the national conversation about responsible pet ownership, the voice of the purebred dog owner hasn’t been heard. Stories about well-bred purebred dogs acting in service to their country, working as search and rescue dogs, therapy dogs, conservation dogs, and so much more have been largely ignored in favor of “feel good” adoption and rescue stories. Balance is needed in this dialogue.

The emphasis shouldn’t be about whether someone buys a rescue dog, adopts from a shelter, or gets their dog from a respected breed invested in their breed. It should be about potential dog owners doing their homework and getting the best fit of dog for themselves so that they have a long-term relationship with that dog. For some, a mixed breed from the pound is a great match while others prefer the predictability of a purpose-bred dog bred by a breeder who will stand by their puppies. Both choices should be respected. 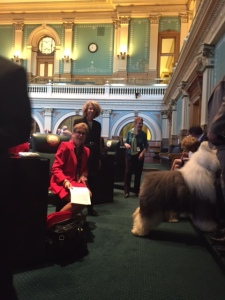 In the course of research for an article I was writing, I realized with shock that while there is a National Dog Day, National Mutt Day, National Rescue Day, National Puppy Day –  even a National Poop Scoop Day – nothing existed to honor the contributions of purebred dogs. I simply filled the void by creating National Purebred Dog Day in order to celebrate the diversity, heritage and predictability of the purebred dog. From Uggie to Snoopy, from Rin Tin Tin to Lassie, from Brian Griffin to Santa’s Little Helper, and including Presidential dogs, Bo, Barney Bush, Fala and Laddie Boy, purebred dogs have held a place in American culture and history.  Add to this the fact that some of our dog breeds are in danger of extinction, it became obvious to me that creating their own day of recognition has been long overdue.

Q: What will happen on May 1?
A: I’m encouraging dog owners to get out in the public square with their purebred dogs. There are a great many people who’ve never seen a Borzoi, Lundehund, Puli or Havanese, to name a few,  in person and we know from Meet the Breed venues that the public loves to see our dogs. There will be an eruption of photographs on Facebook, Twitter and other social media platforms this Friday that feature happy owners and their purebred dogs. Many photos will include an “I (heart) Purebred Dogs” sign to show their connection to National Purebred Dog Day (sort of like holding up a “Happy Birthday” sign).  There are a few fun photo challenges on NPDD’s Facebook page that day with prizes generously donated by companies and individuals that believe in the message.

Q: What can purebred dog lovers do on May 1 to show their support?

A: First, be proud, but humble, to own a purebred dog. Our breeds are living legacies of the cultures that created them for a reason, “museum pieces with a pulse,”  you could say. Learn about their heritage so that it can be shared with others who may only THINK they’re looking at, say, an Alaskan Malamute, until they learn how uniquely adapted the breed is for its native environment. After that, make an “I (heart) Purebred Dogs” sign, get out with your dog in the public square, take a selfie or have someone else take the picture, then post it on Facebook and Twitter using the #purebreddogs and #nationalpurebreddogday hastags. There is strength in numbers and on May 1, I hope to show that there are many of us who love and take pride in our purebred dogs.

Q: Explain the I (Heart) Purebred Dogs sign. Where have you seen them? 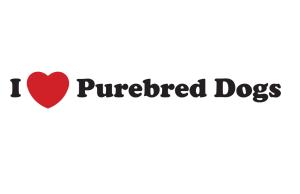 A: The genesis of the “I (Heart) Purebred Dogs” sign was again rooted in the fact that to my knowledge, it hadn’t been done.  I needed visual shorthand to convey in a photograph that the holder of the sign was “with us” in the sentiment that it’s ok to own a purebred dog. Every year, I’ve been fortunate to have a celebrity pose with the sign for a photograph, and this year it was Mary Carillo, former professional tennis player, Olympic sportscaster, co-host of the Westminster Kennel Club Dog Show, and one fabulous lady. My fantasy is to have it not only become “cool” to pose with the sign, but that more folks will want to.

Who loves purebred dogs? We do!

Q: What is it about purebred dogs that you love?

A: My first dog was a sweet mixed breed, but I grew up with the family Cairn Terriers (and more than a few rescued dogs along the way). When my own circumstances made it a good time to finally own my very own dog, I got a Puli which has been my breed since 1978. My love of purebred dogs isn’t just for the predictability of some 300 different breeds in the world. I value the history of the cultures from which these dogs came. Most breeds are as much an inherent part of a culture as that culture’s music, art and dress. A Scottish Terrier is instantly recognized as being a natural component of, say, Scottish Highland Games, just as an Irish Wolfhound fits into a St. Patrick’s Day parade, one reason you won’t find a Vizsla as part of either cultural event.

Everybody loves purebred dogs! Look at that bloodhound.

Q: Why did you decide to become a breeder?
A: Though the Puli is now regarded as an “uncommon” breed, it was considered rare when I got my first one. The breeders were fanciers who encouraged me to show my puppy, and as so often happens, after one show, I was bitten by the bug. I had good mentors who helped me learn the importance of determining “why” one would consider breeding their dog. As my mother used to say, “Just because you can do something doesn’t mean you should.”  After doing my homework, and with the help of more experienced breed friends, I bred my first litter out of which came a National Specialty Best Puppy in Sweeps winner, and his littermate, a multiple group and multiple AOM winning dog. I hesitate to call myself a “breeder” since it’s been a few years since my last litter, and the number of litters I’ve bred in my life hardly put me in the same league as the dedicated people who stand center ring at Eukanuba or Westminster for “Breeder of the Year” consideration. When the time is right, my dogs are all health tested and cleared, and there’s a compelling reason to do so, I’d like to breed a litter again some day.