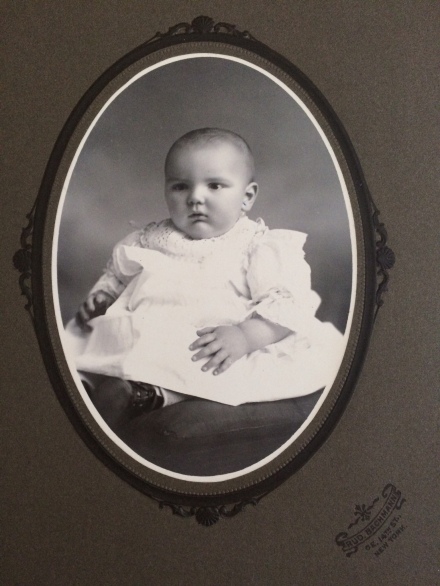 Today is the 111th anniversary of the birth of my grandfather – Bülow Waldemar Nelson. He grew up on the Meriwether estate in Pocantico Hills, New York. Meriwether was next door to Kykuit which was owned by the richest man in the world, John D. Rockefeller. My grandfather chronicled his life as a chauffeur to the wealthy from the 1920s Jazz age through the Great Depression of the 1930s. He lived on various iconic Westchester County properties like Weskora, Beechwood and the Sleepy Hollow Country Club. Eventually he was promoted from chauffeur to superintendent of an enchanted – some would say haunted by the tales of Washington Irving – estate called Zeeview-on-Hudson. I personally picked up his story when I was a little girl growing up on the habitat of the headless horseman now called Belvedere.

During ‘Papa’s’ 81 years he collected family photos, postcards, letters, ephemera, news clippings, and books about his life and times. He hand wrote pages and pages of personal recollections along with countless stories told to generations. Come with me as I follow my family through a century filled with happiness and heartaches serving the rich while living behind estate gates. 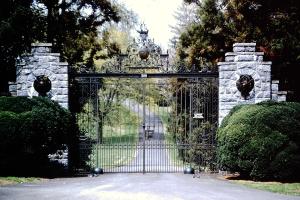 My great-grandparents had sailed to America from different villages in Sweden in the 1880s. Their names had changed along the way from Oskar Alfred Nilsson to Oscar Nelson and Alma Karoline Pettersson to Alma Peterson. After meeting in Englewood, New Jersey, the came to New York City to find jobs in the late 1890s. They married on Dec. 2, 1902 in New York City. And a little over a year later, in the early morning hours of January 4, 1904, Alma gave birth to their first child, Bulow.

Oscar Nelson was employed as a coachman by David Meriwether Milton, a direct descendent from Meriwether Lewis on his mother’s side. He was a successful attorney in New York City and had a ‘country estate’ named ‘Meriwether’ in Pocantico Hills, New York. The Miltons lived across the street from John D. Rockefeller and his family. By 1904, his estate, Kykuit, was still under transition from a small private home to one of the most famous homes in the world.

The Nelson family lived in the 6-room coachman’s cottage near the stables. The simple house had running water and was supplied by the estate with all the coal, wood, oil, and milk they needed. Oscar Nelson tended to three horses and their carriages, sleighs, wagons, and plows. The barn also had running water. Besides the care of the horses, one or two for pulling carriages and one for tilling the fields, he would drive Mr. Milton and his family around the small hamlet to visit his neighbors, take him to the train station each morning for work in the city, or into the city to pick up provisions, dry goods and sundries for the estate. Alma, while tending to her new baby, would also cook for the estate staff and tend to the flocks of geese, chickens and ducks, and help with milking cows, tending the vegetable garden, and mending clothes. It was into this bucolic estate, still run like a self-sufficient 19th century home of a robber baron a few miles from the Hudson River that my grandfather took his first breath.

Bulow in a wicker pram as a baby

Several photos found among my grandfather’s belongings are his first known photograph of him taken as a two-year-old sitting in the ubiquitous white lace dress with lace collar worn by all babies of the era (see featured photo). The date 1906 is scrawled on the back in my grandfather’s hand. The studio imprint on the front – Rud. Bachmann, 6E. 14th St., New York, may be the first place my grandfather ever visited in New York City, a place he would come to know intimately in his career as a chauffeur. But for his early childhood he would be the son of a coachman.

Young Bulow outside the coachman’s cottage on Meriwether in Pocantico Hills, New York circa 1906